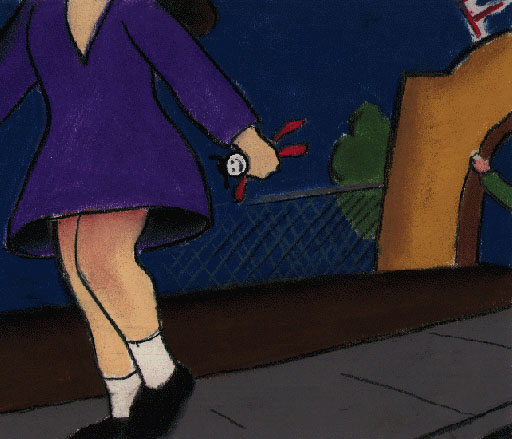 It is wonderful to see that Scott Nybakken has published the story and images from the Esther video on the web. This video was made while he was working at CoSA using technology that I helped develop. (My name at the time was Sarah Lindsley, if you were wondering why I’m not mentioned in the credits).

I have fond memories of Scott’s development of the video. The song Esther was an almost constant background music during many of the early days at CoSA. In 1990 and 91, the office was part art studio and part software lab. It was a fine thing to have space (physically and psychically) to be creative. I had a little open studio at the back of the office where I worked in charcoal in my spare time, across the room from where I worked in HyperCard, Macromind Director, and C code.

PACo was most well known when it was published with a reduced feature set as Quick PICS by Paracomp. But in the early days, you could specify palette transitions (aka ‘LUT-fades’ in the reminiscences of John Greene) and sound sync points using labels in SoundEdit. I wrote most of the transitions in PACo, although that might have been after Esther was created. All I remember are the fades and color cycling. I wish the whole video was on-line, but I’m sure that would be a bit of work. When I was first developing Shockwave, I calculated that the bandwidth of modems at the time was comparable to the throughput of CD-ROMs when we developed PACo. I always thought that Adobe should have resurrected the old code and turned it into a web player… it would have been blazingly fast. The player was small enough that a sample movie and the code to play it would it fit on a floppy (I think they were 400K then). I’m still hanging on to my old Mac that has a SCSI connector and the Syquest drive and cartridges in the garage. Some day soon I’ll have to publish my CoSA archive to the web before it succumbs to bit rot.

I watched the whole slide show this morning. Thank you Scott for putting this little piece of history together. My favorite image is this one: 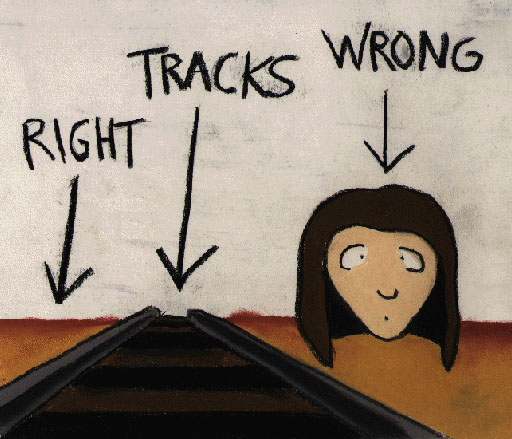 6 thoughts on “Phish and the Esther video”